TrackR vs Tile vs The Raven - Which Is The Better Device?

Losing stuff is no fun, and it's not always easy to track down a lost item especially when you really need it. Have you gone for hours without finding your set of keys? Maybe you've even had to replace them before. The Raven, Tile and Trackr are 3 different gadgets with many differences and they can help you locate other belongings you lose not just purse or keys but tons of stuff.

The question is, which one is the best keys locator out of the 3?

If you don't have time to read the article, the raven is what we recommended and it can be found here: (Raven Gadgets)

The simple fact of the matter is that when it comes to price, The Raven 3-in-1 Smart Bluetooth Tracking device is cheaper than both Tile & Trackr Bluetooth devices. That doesn't mean it's the better tracking device of the 3, but you sure can pick it up for less money than both Tile & Trackr. You want to look more closely at a product's features and capabilities before making a final purchase decision. How does The Raven Smart Tracker stack up against Tile & Trackr outside of being the most cost-efficient?


TrackR vs Tile - Head to Head 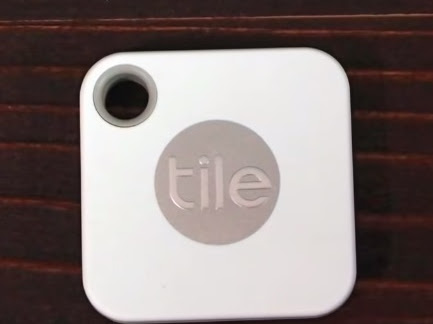 Searching online, you're going to quickly find out that there are major advantages to buying the Tile over the Trackr system when it comes to locating a misplaced item.

First, Tile is said to have a louder alert volume in comparison to Trackr, which does help, even if just a little louder it will inevitably shorten the time it takes to track missing items. Second, Tile is waterproof while Trackr isn't waterproof. That might seem as though it's not an important quality but finding items in the rain/wet areas can be a deal-breaker to some. Additionally, people say that the Tile trackers have a wider Bluetooth range. If that's the case, you can expect Tile to be able to locate your items from further away.

That last advantage ticks a major box for Tile vs Trackr. It looks like Trackr is starting to lose this battle, right? To add, the design of the Tile system is said to be really nice. There is, however, an ongoing cost to keep using this system, for example, the Tile premium app functions. That can be a deterrent, despite the initial price is less than its counterpart.

But when you add The Raven 3-in-1 to the mix, it is the loudest in comparison to both Tile & Trackr and even though it's not waterproof it is water resistant.

Trackr was once heavily promoted but it seems that it's no longer being promoted as much as it used to by the company. As of this writing, Trackr seems to be heavily discounting their products and most online retailers such as Best Buy don't seem to carry them anymore. This can be a sign of liquidation as the company tries to get rid of their inventory and this can be a possible sign of it being discontinued. This is all speculation until the company releases an official statement regarding this.

Not to mention, Trackr has limited options in their app and has not made many major improvements in comparison to Tile.

Trackr has a 3-star overall rating on amazon as well as on the Google App store but the majority of them are 1-2 stars and this says a lot about the experience that some people are having with their products:

There has been some news that the Trackr founders are working on a new bluetooth device called Adero https://techcrunch.com/2018/10/19/trackr-adero/. Nathan Kelly is the CEO of Adreo and is also the CEO of Trackr.

Maybe the company is planning on rebranding due to the negative feedback and poor user experience? Or maybe it's going to be a separate company? Again, until a statement has been officially released it's unknown. So keep that in mind in your purchasing decision.

Basically, this could mean in the near future Trackr as a company might not exist as they focus their efforts on their new tracker Adreo which is a separate product and company. Discontinued support of the Trackr has yet to be confirmed but the writings are on the wall.

When it comes to happy users both Tile & The Raven 3-in-1 Smart Bluetooth Trackers have Trackr beat with more satisfied users.  The one gripe that I notice consistently in Tile's amazon feedback is that the users who do leave 1-star review state Tile doesn't have the best customer service which leads to bad user experience at times.

Base on the ratio, you can tell the majority of the feedback for the Tile Pro is 5 stars and 1 star. So that means the people who love it, love it and the people who don't like it, really don't like it. I guess you can say it's a love or hate relationship when it comes to Tile.

With the Raven tracker most of the comments are positive: 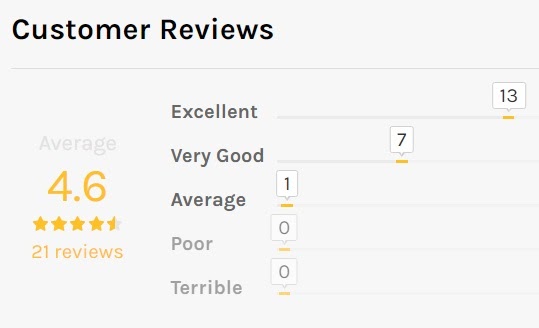 Tile definitely has more feedback in comparison to The Raven but the Raven users do seem to leave better feedback overall compare to Tile users. This probably comes down to the fact the Raven is cheaper than Tile as far as price is concerned while still having great features. 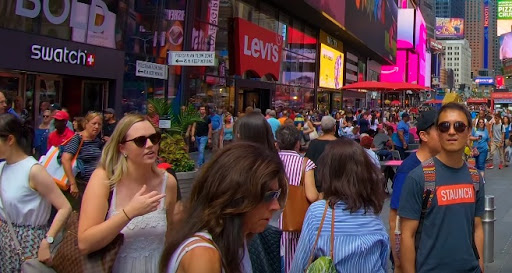 Crowd GPS location tracking option is used for both Trackr and Tile devices thus increasing the chance of easily finding lost items you attach it to. While that is clear, these two products are clearly not the same thing. Do you have to pay ongoing costs for Trackr app as well? That is one question you would want to have answered before you make a final decision. You already know that you have to continue to pay to use Tiles premium app functions (crowd network is free).  The Raven 3-in-1 at this time does not have any crowd searching feature but plans on releasing a crowd searching feature soon.

There Are A Lot Of Similarities

Tile, Trackr & The Raven tracking devices are made by companies based in California. As far as looks, all 3 trackers are somewhat small in size with a techy design, which is nice & also has lost signal smart alerts & notifications feature which alerts you if you left your keys, etc.. They all do the same thing which is to help you track down the location of your lost stuff. Trackr is circular and small in size & Tiles are square & medium in size as well as the Raven Tracker. Though, I will say of the 3 trackers Tile is the largest one. You simply attach them to your keys or other items. If those items go missing, well, you can find them using the device.

Trackr has silently come out with a new device under a different brand, and it could mean that the company is trying to revamp its approach. While it was a timely release, you almost can't help but think that it was a shot in the dark to try and get more market share away from leader Tile. 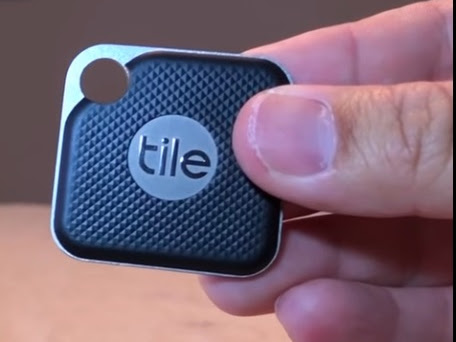 Isn't Tile leading the market when it comes to these types of products? While one may be the  most popular, that still doesn't mean it's necessarily the best device for you. What you like to use may not be what everyone else likes to use. Both serve the same purpose at the end of the day.

Yet there is another point to make here. Since Tile & Trackr both have a Bluetooth based technology called "crowdsourcing GPS" feature, wouldn't it be easier to find an item if you were using the app that more people had downloaded? That's another point for Tile, it also alerts you when someone has found your missing item. It's hard to argue against that point, too. Trackr is too far behind but Tile is by far more popular.

Some people do say they like The Raven 3-in-1 Smart Bluetooth Tracker has better technology and is the best option. There is the fact that you can use it to find your phone by pushing a button, not just use your phone to find the tracked item. That's not a feature you get with the original older Tile but the newer versions seem to have that same push-button phone locate feature.

The required replaceable battery that comes with The Raven is also preferred by some and the low battery life warning is also a great feature. Do you see how the tides can turn so quickly? And while Tile may right now be more popular, all 3 of these devices are widely used. Therefore, you would think the crowdsourcing GPS opportunity would work well with each of them.

It Comes Down To The Intended Use 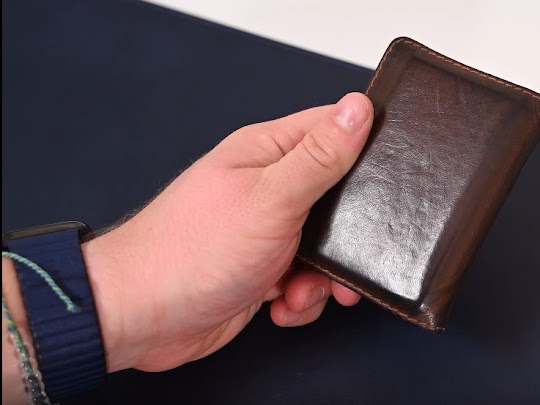 Did you know that Tile as a company is also newer than Trackr? That's right, so Trackr has been around longer and has had more time to make adjustments to its product and app. Did you know that Trakr can also fit inside your wallet? Both devices can be used in other ways, too, but Tile isn't going to be able to fit in your wallet.

What happens if you want to track your wallet? It looks like The Raven & Trackr Pixel is the better option. Tile is just way too bulky to fit in your wallet and might feel uncomfortable. There are specific trackers made to fit in your wallet, purse, etc.. but to be honest a normal small tracker will work just fine.

So Tile Seems To Be Better Than Trackr But How Does it Compare To The Raven 3-in-1?

Tile is a great device but it has some flaws that cannot be overlooked in my opinion.

The first flaw that really stands out is the replaceable batteries issue, replacement of the batteries exist only on some models (Tile Mate & Pro). The "cheaper" model (which still cost over $20 each) is only good for a year but then you lose money due to having to throw it away once it's dead. This is a bit problematic in my book for several reasons, the first reason is if you buy, let's say, 3 trackers, that's going to run you about $60, so that's money you're going to be spending every year unnecessarily. Hopefully, you can see the value of replaceable batteries!

The second reason why this is problematic comes down to pollution. It no secret that most of the plastic that we use ends up in our oceans. Thus creating plastic devices (with batteries inside them) and throwing them away has bigger long term costs & consequences.

Tile has come out with new devices that allow you to change the battery but it's more expensive.

The Raven has 2 Main Advantages

Besides those aforementioned issues, both Tile & The Raven Bluetooth trackers are pretty similar but the advantage comes down to the Raven Tracker due to the fact that:

The Raven Has The Advantage

What do you think about these Bluetooth tracking gadgets after what you've read? Honestly, and this is just my honest opinion, it seems like a Samsung vs Apple war. Samsung wins at every corner and in this case, The Raven 3-in-1 is Samsung and Tile is Apple. That is just my comparison, and so I would have to say I pick The Raven over Tile (but there is a little bias on our part).

The article might not have started out that way, but remember, you have to weigh multiple aspects. After doing so, it really appears that there are many more advantages to buying a Raven 3-in-1 Bluetooth Tracker. Tile appears in some ways to have the upper hand with certain major advantages, but those attempts are futile according to some. The Raven 3-in-1 is dependable, cost-efficient and versatile with excellent Bluetooth range and great design which leads to great user experience. While you might lose some features compared to Tile you'll easily save A LOT!